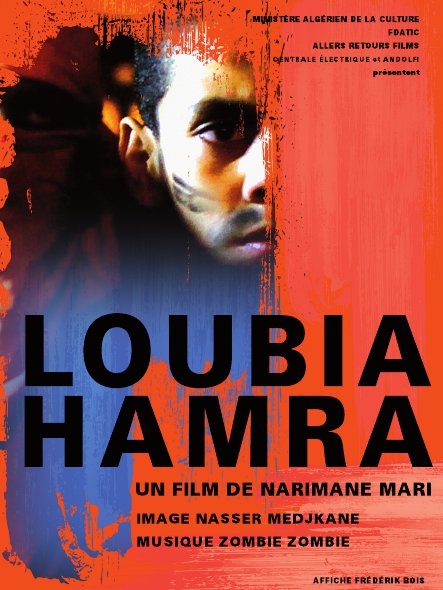 Write up by Jacqueline Valencia

The view of a child during war is an enigmatic one. The viewfinder can be common though, considering everyone was a child at some point. Struggles of an insurmountable nature bring to mind a time when all we lived by was instinct and all we lived for was in the present. In Narimane Mari‘s Bloody Beans the setting evokes the Algerian War of Independence. Far beyond a political statement, the film renders war through the eyes of children splashing about azure beaches, struggling to make sense of the world through fantastical imaginations tempered by precocious eyes.

The children frolic about the beaches singing songs in varied languages, denoting the mixtures of cultures within the region and the common ground these children live in. Gossip is spread about the lack of food and talks of possible attacks. Stomping about through the village to learn more, the kids find a woman being beaten. Her uncle comes out, transmogrified into a pig, threateningly grunting at the crowd of children who eventually overpower him.

The film is so bright and beautifully photographed exploring that much overlooked aspect of war: each day is gorgeous even when there are bloody battles in the midst. Yet the children hatch a plan to steal some good food to replace their daily scour of beans, the threat of bloodshed is cast in the viewer’s brain.

I highly appreciated the comments of the young children in the film, especially the girls. As the boys start to move in on their thieving, the girls stop them and say, “You are not alone in this war….women can be warriors,” explaining that women are equal allies, and not meant to just “cook their beans.”

Little by little the film takes the viewer from the border of possible to death to the highly fantastical world of make-believe. This is helped by the amazing ominous soundtrack by Etienne Jaumet, Cosmic Neman, and Zombie Zombie. Lilting local tunes mixed further with droning keyboards give the film a unique tension.

It’s both comforting at times and disconcerting at others, how children process the macro views of the world within the confines of the locality of war; for that Bloody Beans stands out.

“Narimane Mari was born in Algiers in 1969. She began her activity in France in 1990 with two consulting agencies in communication Devarrieux Villaret and Nogood Industry, of which she is a co-founder.”