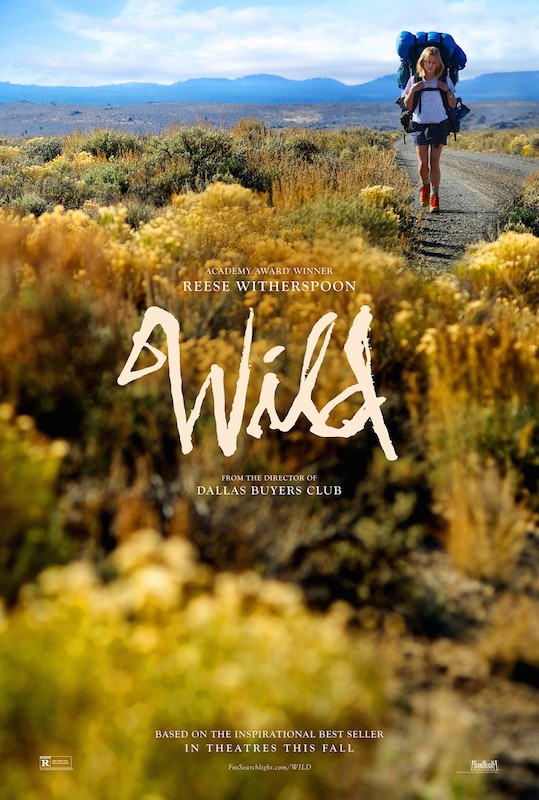 I was very excited to see Jean-Marc Vallée‘s Wild. My excitement turned to sheer gratitude to Vallée for making exactly the movie I was hoping Wild would be. The film stars Reese Witherspoon as Cheryl Strayed in her real-life journey hiking the Pacific Crest Trial, all 1,100 miles of it, in an attempt to leave behind years of sex and drug addiction, a failed marriage, and the sudden death of her mother.

Witherspoon takes on a role like nothing she has ever done before and it pays off in a big way. She gives a stripped down and bare bones performance as Cheryl who is both naive and fragile while also being determined and strong. It is hard to see her fall apart in the flash back scenes and almost give up along the trail, yet it so rewarding to see her reach her goal step by step. We see her face her demons and come out with a new sense of purpose on the other side. Witherspoon’s performance is amazingly tangible and accessible rendering Cheryl’s epic journey entirely relatable to the viewer.

It was so refreshing to see a film with a female lead character that transcends the notion of gender. This real life story is something that could happen to anyone, male or female. The fact that Cheryl is a women is inconsequential. We have all been in a situation where we may have thought of doing something crazy like her because of a crisis, a crossroads, or stalemate in our lives. Some of us act upon it and others don’t. Those who act upon these impulses can never really imagine completing their crazy goals, but when they do they are changed somehow. It is a right of passage in a way. Some cultures still practice undergoing a right a passage, but in our modern society it is not necessarily encouraged or even done. Life has a tendency of getting in the way. I think it is a shame that rights of passages are not a requirement. I know that there have been times in my life where I could have used something like this to get me through grief or indecision. Sometimes I still wonder if I should just drop everything and act upon some of my crazy ideas like participating in a triathlon, which is nothing like hiking the PCT. But I digress, what I am trying to say is that Cheryl’s story is one we can all relate to in one way or another.

Why aren’t more films like these made? Films that remove gender from the equation. We are all battling something no mater our sex. Wild is not a “chick flick” and to say so would be sadly undermining the film and the real life woman who went on this incredible journey of self discovery. It’s something we all must go through in some shape or form.