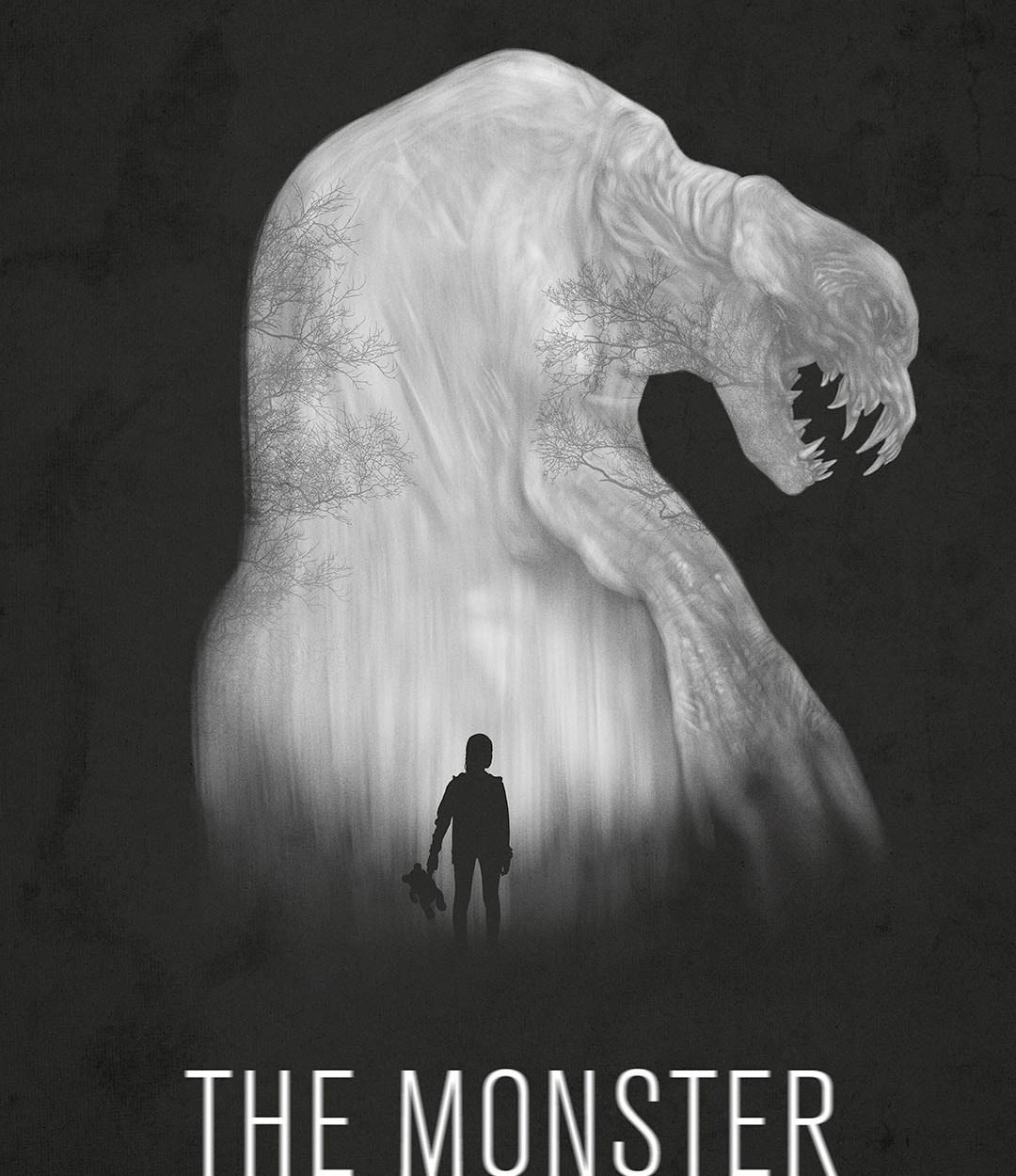 On Bryan Bertino’s The Monster

by Kayann Mitchell
With The Monster we have Bryan Bertino‘s third trip to the director’s chair after his debut The Strangers and his sophomore effort Mockingbird. And here he has brought us his first creature feature.

As it opens we see a young Lizzy (Ella Ballentine) fending for herself till her obviously alcoholic mother Kathy (Zoe Kazan) finally rouses from her stupor. Once Kathy awakes late, her and Lizzie make their way on a road trip to drop Lizzie off at her father’s for the summer. However, Kathy seems to think that this is her last few hours with her daughter as their relationship is fraught with tension and animosity. As they make their way down the back roads they hit a wolf rendering their car useless, which sets into motion events that will have the mother and daughter pair fighting for survival against an unforeseen evil as they wait for help.

This isn’t a good film, people. It tries entirely too hard. First it needs to shove down our throats the fact that Kathy is clearly a troubled mother, and next to show how broken Lizzy is and during the film’s denouement, how much mother and daughter truly love each other. It’s all rather overwrought and ham-fisted. Being battered over the head with what you should be feeling rather than letting performance and story do that job is annoying and led to me rooting for the monster at times. And when I wasn’t cheering on the big bad I simply did not care. There a plot holes you could drive a tractor through and their use of light as a tool to battle the monster waxes and wanes as they see fit. At times it seemed they forgot their own mythology. It is truly a shame because this little film had potential to be a fright fest. Sadly, for me none this came together. It just simply didn’t work.