Toronto is the centre for amazing film and film industry. One of the hidden gems of the city is its great 8Fest, a festival that focuses on small-gauge film such as 8mm, Super 8, and 9.5mm. They also include loops, personal homemade films, experimental, installation, cut-ups, et cetera. Film started from these basic methods of image as storytelling and the8Fest provides a platform for artists and filmmakers of all kinds to continue to push the boundaries of what is film in stage of art and expression.

Since 2014 These Girls On Film have brought to you some of the highlights from this festival and this year is no exception. Throughout the weekend we will be showcasing some films that caught our eye.

Beneath A Glass Floor Lobby by Lisa Danker (SPACE: Building For Society Programme)

The film opens up on scenery like a postcard from Miami. Then displaying a yellow and very vintage looking architecture the narrator reveals the images we are looking at. A building that once housed the Miami Herald soon to be in development for a casino resort. Where once they produced news and information will be the place where people will gamble their futures to get away from the past. A monorail passes like a ride at an amusement park and we are told that a great archeological find has been discovered under this development.

In part by the vintage rendering of the film, there’s much to be contemplated about the stories that new industries will obliterate. The crackle of the film serves as a reminder that while the footage was taken in 2014 the ground, the village, that still exists under whatever is there now will continue to be part of the architecture forever.

The camera focuses on the miniatures of the Olympiastadion in Berlin.The black and white film is silent except for the crackle and roll of the film through the projector. Displays in the museum exhibit are shown and then the camera pans to the reflection of the glass in an elevator. It’s like time passes through the whirr of the film and the elevator taking the filmmaker through different sections of the structure. Soon it becomes less about the athleticism and history there and more about the space and the visitor’s visions of the surroundings of the Olympiastadion.

A nice piece that makes you think about how time erodes meaning to objects and spaces and makes them about the present instead.

On the first sight of morning (I assume), the sun rushes in light past a bed. There is no sound in this film, but it’s intimated in the light structures created by the natural light from the outside coming in. Sunlight reflects on a wall like shroud and moves around in the dust like little galaxies. Later on in the filmmaker’s hair the sun moves and then onto her face creating shadows. For a moment, all peripheral and background become one within the camera’s range.

A meditative piece on what natural light can create within a small space. 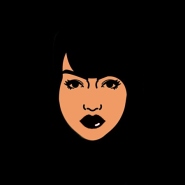